Recognising Sufis And The Friends Of Allah

Commentary on the Holy Quran

Recognising Sufis and the Friends of Allah

And keep your soul familiar to those who call upon their Lord in the morning and evening, seeking His pleasure.

The aforementioned verse of the Quran is a clear indication of Allah’s عَزَّوَجَلَّ mercy, the Noble Prophet’s صَلَّى الـلّٰـهُ عَلَيْهِ وَاٰلِهٖ وَسَلَّم nurturing and the greatness of the companions. It also contains many pearls of knowledge. It is evident from the verse that the Lord of the Universe عَزَّوَجَلَّ Himself instructs the Beloved Prophet صَلَّى الـلّٰـهُ عَلَيْهِ وَاٰلِهٖ وَسَلَّم, as an incident occurred and Allah عَزَّوَجَلَّ Himself instructed His beloved صَلَّى الـلّٰـهُ عَلَيْهِ وَاٰلِهٖ وَسَلَّم regarding it. The second thing that is learnt from this verse is that the remembrance of Allah عَزَّوَجَلَّ in the specific time of the morning and evening is a highly virtuous deed. The third thing that we come to know is that loving pious people and remaining in their company are significant acts. And we also come to know that remembering Allah عَزَّوَجَلَّ in the morning and evening is a sign of the pious and that they seek His pleasure through every action.

Several individuals from amongst the poor companions referred to in the verse are those who are known as the Ashaab-us-Suffah. They are a mountain of steadfastness in their belief and certainty [of Islam] and they are the prestige and symbol of Islam. They epitomised the meaning of putting something into action and they strived to please Allah Almighty. They had a disinclination towards this world and an inclination towards the Hereafter. They had turned away from the world and creation and devoted all their time towards the Hereafter and the Creator. These people are the very individuals who form the pillars of Islamic mysticism (Tasawwuf) and are the guides of Sufis.

Note that Islamic mysticism (Tasawwuf), which is also known as self-purification (Tazkiyah) and spiritual excellence (Ihsan), is not a matter of names and titles; it is a matter of action. It has a greater link to one’s state and action than mere speech, and it is more closely connected to the inner state than it is to the outer state. It is also associated with the heart more than it is with one’s physical body. This is alluded to in the verse of the Quran where the following words have been used:

The refinement and purification of the heart have been explained quite brilliantly in a Hadees as the basis for our actions and the foundation for goodness and virtue. The Hadees states:

It is the essence of Tasawwuf for one to love the Benevolent Lord. It is to incline towards Him, to yearn being present in His court, to be absorbed in the thoughts of His greatness, to have awe in the heart because of His majesty, to be content with His decree, to trust Him, to turn to Him, to plea before Him, to look at His grace, to seek His bounty, to be hopeful in His mercy, to yearn to behold Him, to endeavour to please Him, to fear His displeasure, to immerse yourself in the thought of Him and to continue in His remembrance. The subsequent verses of the Holy Quran make reference to these very meanings and concepts:

I rely upon Him only and towards Him only do I turn.’

‘So run towards Allah;

And remember the Name of your Lord, and separating from everyone else, devote yourself solely to Him.

do not fear them, and fear Me,

and fear only Me.

so, fear only Me.

‘Whatever Allah wills, we do not have any strength except by the help of Allah,

If the biographies of the Sufis and saints are read after reflecting over these verses, one will ascertain that their lives epitomise these actions, states, and positions.

In order to understand the meaning of Sufi, it can be said that a Sufi is the one who has attained purification of the heart, as described in the Holy Quran where it states:

‘The Day when neither wealth will benefit nor sons. ‘Except the one who wholeheartedly presented himself with a pure heart in the Majestic Court of Allah.’

A Sufi is he who does not want worldly return in exchange for a good action, rather he is entirely focussed on the love and pleasure of Allah عَزَّوَجَلَّ, as mentioned in the Quranic verse:

And out of His love, they feed the needy, the orphan and the prisoner. They (the righteous) say to them, ‘We give you food, merely for the sake of Allah; we do not seek any reward or gratitude from you.’

A Sufi is also the one in whose heart there is not the love of this world, unlike the Bani Isra`eel who are described in the Quran in the following way:

and the calf was deep-rooted in their hearts

Conversely, the heart of a Sufi is filled with love for Allah Almighty. In the depths of the heart, this love disseminates its scent and perfumes the soul, as described in the Quran:

And for the believers, no one’s love is equal to the love of Allah,

This state of the heart also sets into motion the tongue in engaging in the remembrance of Allah Almighty. It is stated in the Quran:

therefore, remember Allah just like you used to remember your forefathers; rather, more than that

In another narration, the Messenger of Allah صَلَّى الـلّٰـهُ عَلَيْهِ وَاٰلِهٖ وَسَلَّم said: ‘Shall I inform you of the best people amongst you?’ The companions replied, ‘Please do.’ The Holy Prophet صَلَّى الـلّٰـهُ عَلَيْهِ وَاٰلِهٖ وَسَلَّم stated: ‘The best people amongst you are those who when you see them, Allah is remembered.’ (Ibn-e-Majah)

For the sake of His Beloved صَلَّى الـلّٰـهُ عَلَيْهِ وَاٰلِهٖ وَسَلَّم, May Allah Almighty grant us the love of the honourable Sufis and the Taufeeq to emulate them and adopt their characteristics. 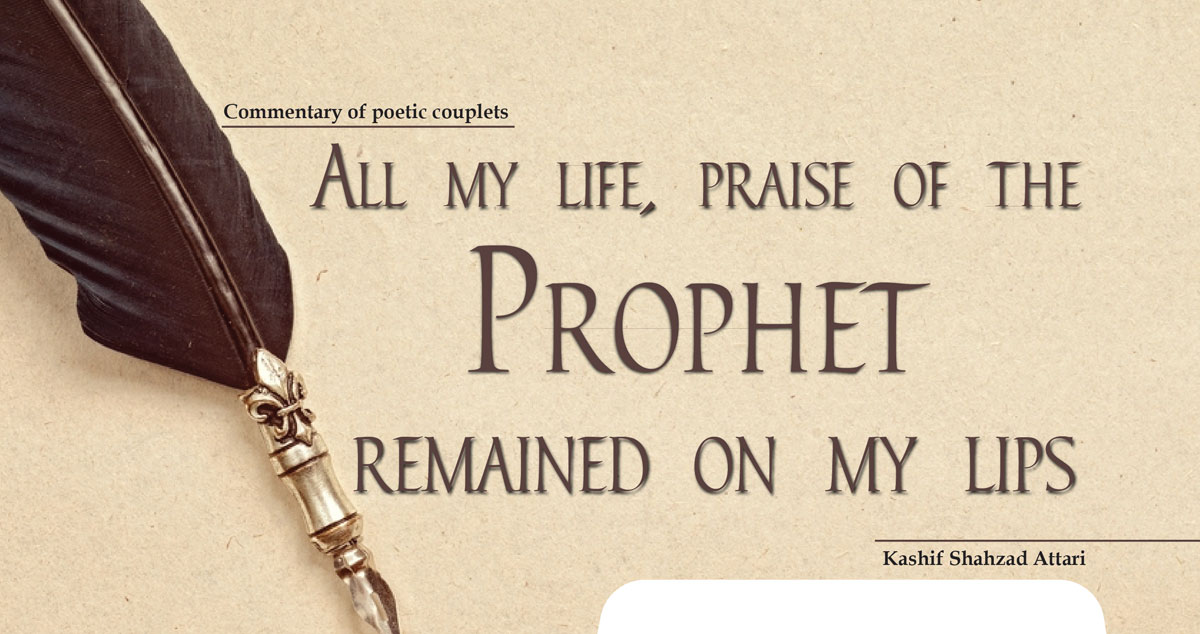 In the famous work of Hanafi Fiqh, Al-Durr-ul-Mukhtar,
Read Article 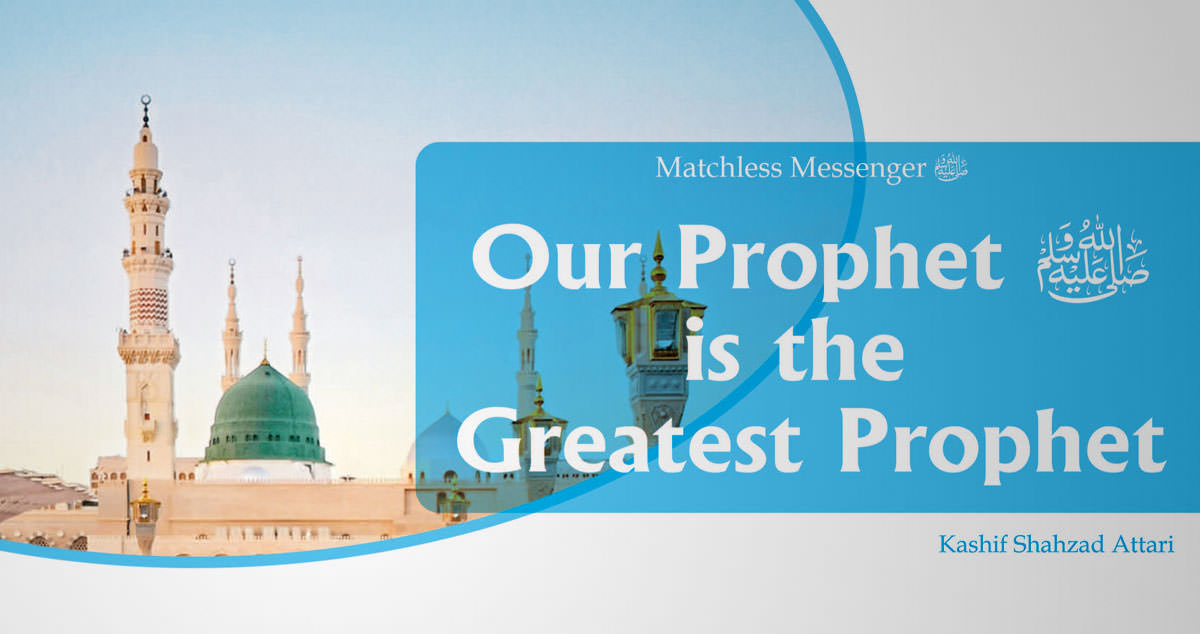 What do Islamic scholars say about sprinkling Zam Zam water on a grave or shroud?
Read Article 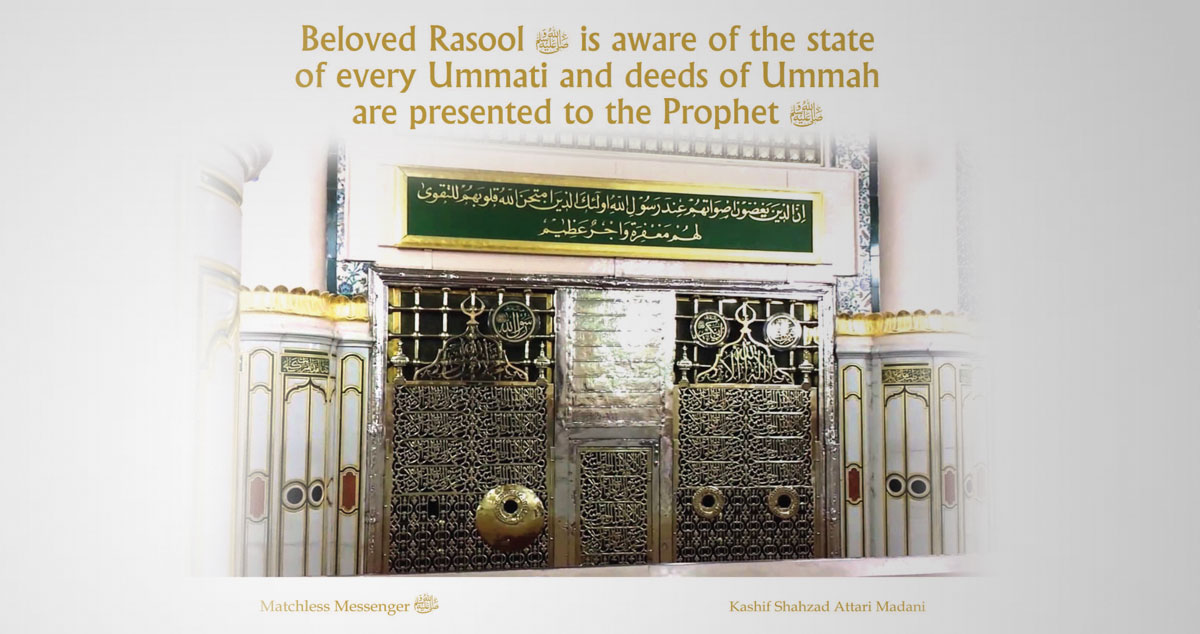 Every day, all the deeds of Ummah are presented to the Beloved Rasool صَلَّى اللّٰهُ عَلَيْهِ وَاٰلِهٖ وَسَلَّم in the morning and evening.
Read Article 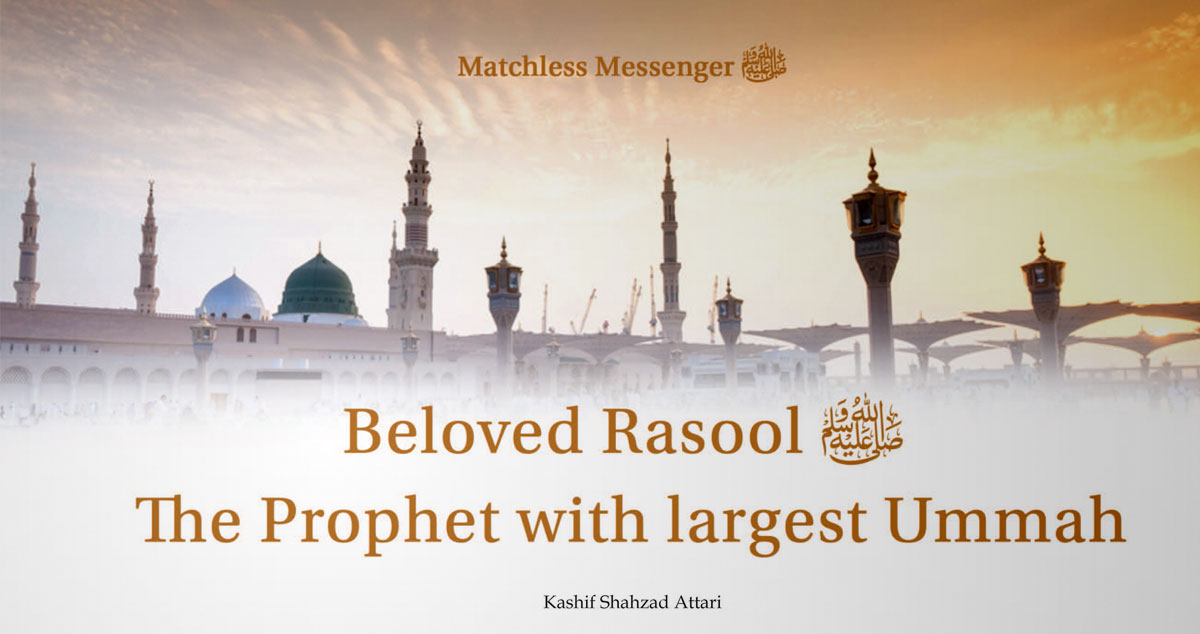 We cannot imagine that what will be length of these blessed rows. These 120 blessed rows will encompass all the Mu’mins
Read Article 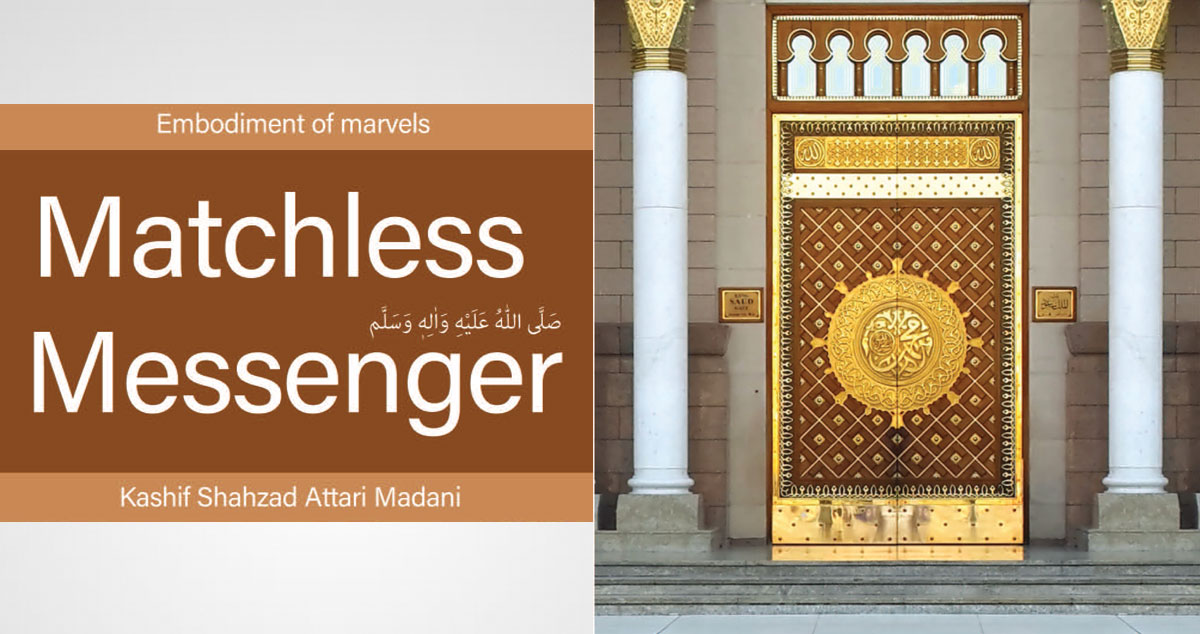 O devotees of Rasool! There are certain narrations in which some person is reported to have called upon the Holy Prophet
Read Article 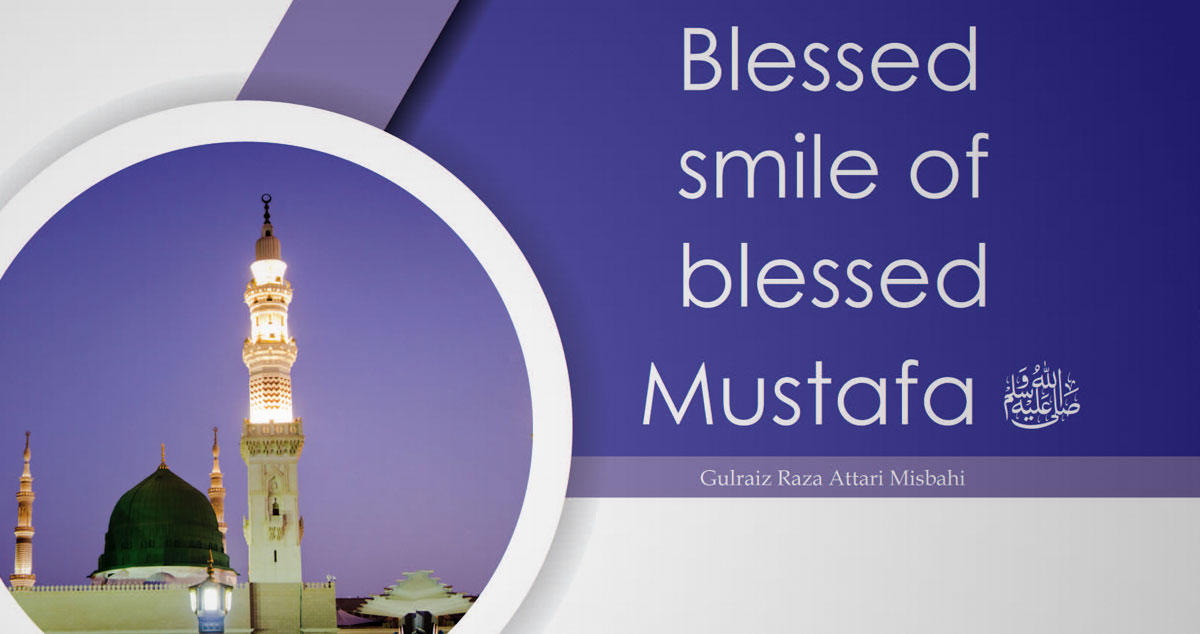 On the Day of Judgement, a man will be grabbed and brought. Angels will be asked to present his minor sins to him
Read Article 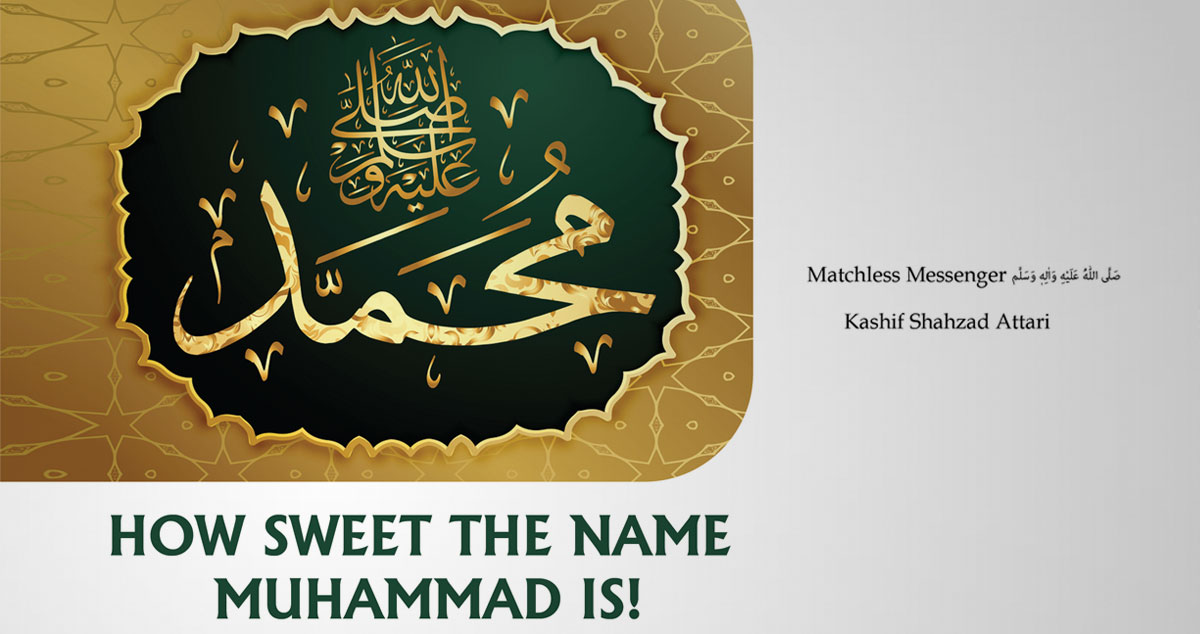 Whoever has the birth of a boy in his house and keeps his name ‘Muhammad’ out of my love and to gain blessings from my name, then he and his
Read Article 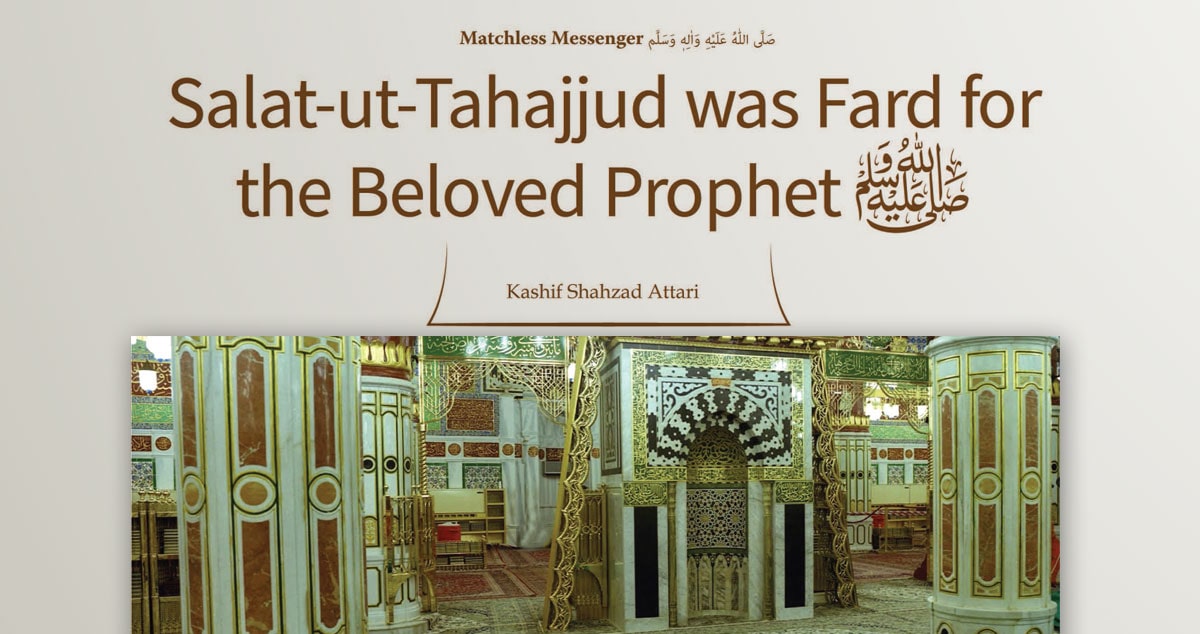 When reciting Tashahhud during Salah, a Salah-offering person says Salam to the Beloved
Read Article 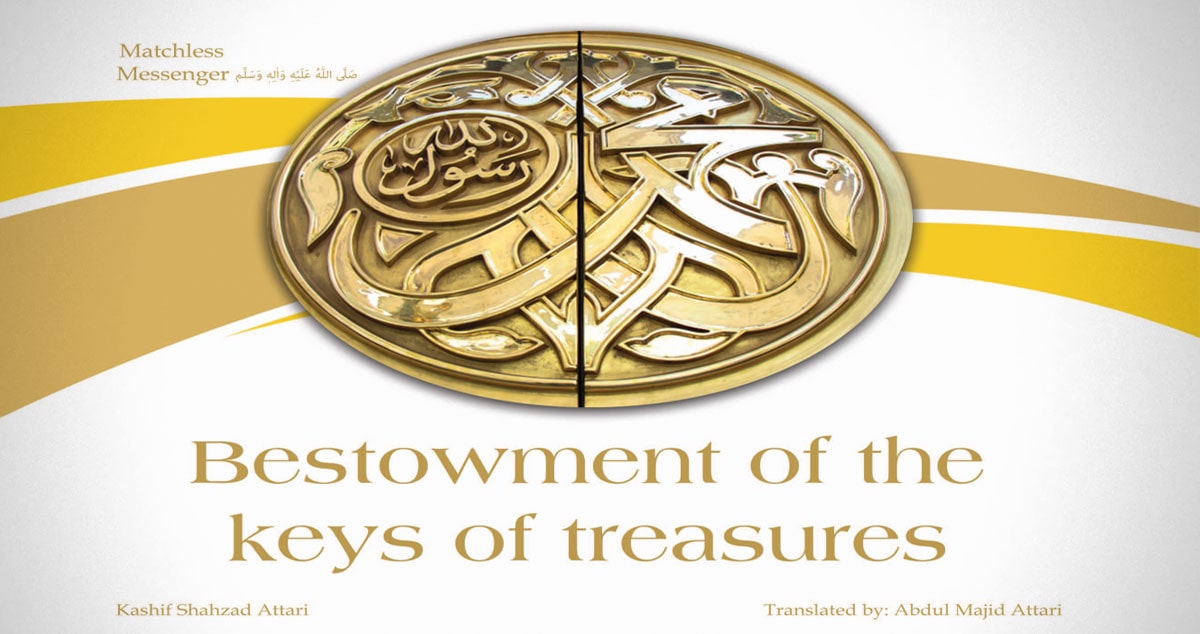 One who offers Nafl Salah while sitting without a Shar’i reason receives half reward. But the Holy
Read Article 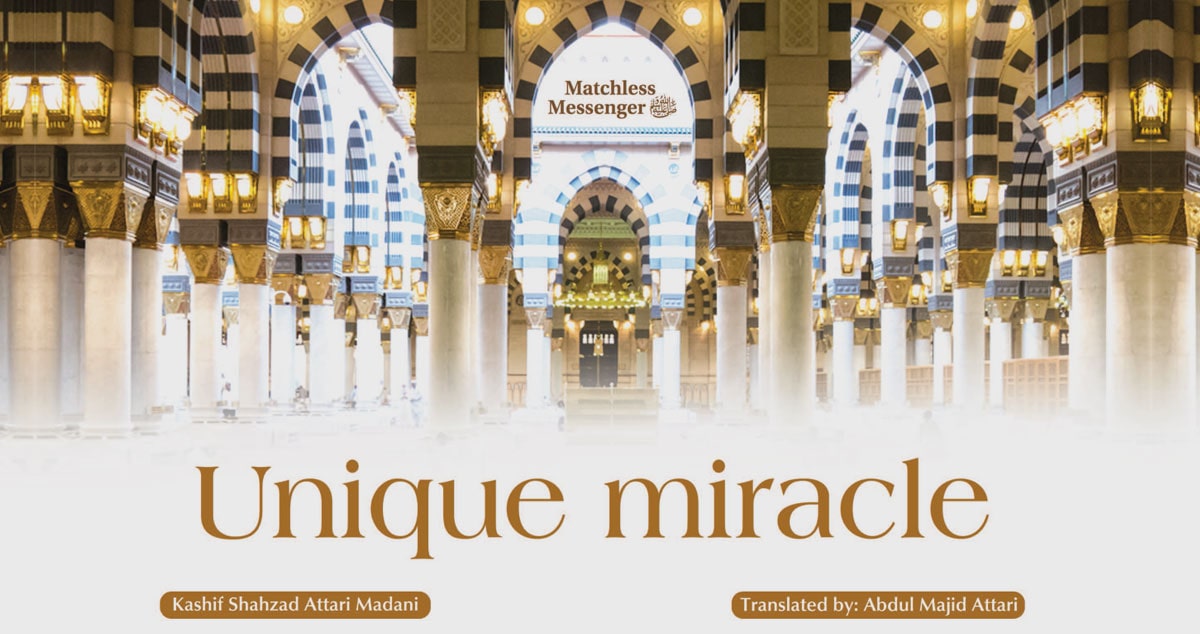 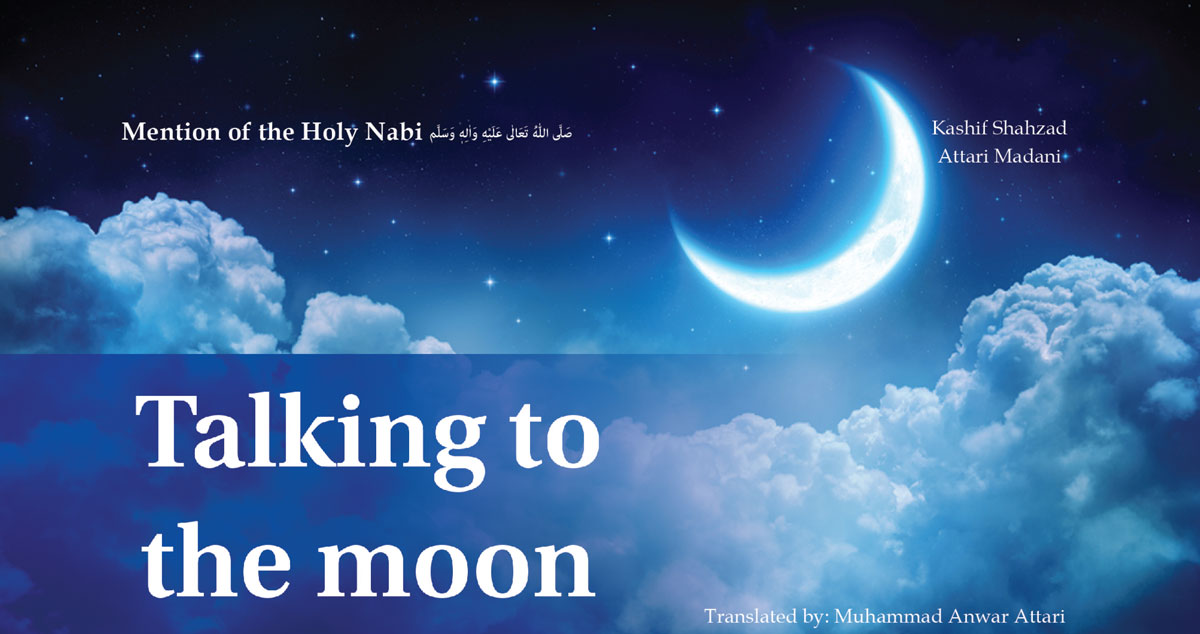 His blessed chest was expanded, i.e. cut open four times. It occurred for the first time in his early childhood when he
Read Article 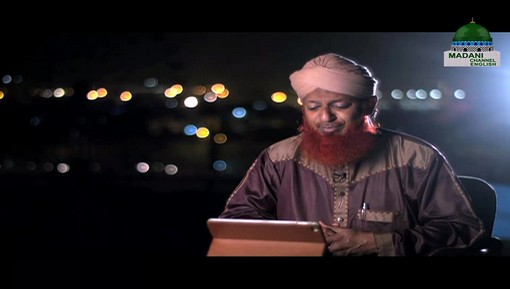 The Friends Of ALLAH Ep 01 - Grandeur Of Pious Saints