With the host of new challenges which parents face these days, parenting has become more nuanced and needs a thoughtful approach. Devices such as phones and tablets and social media and their impacts on children are new issues which were unheard of a few decades ago.

Parents are busy, and so, giving time to address children’s issues can be difficult for them. So, to keep children occupied and away from misbehaving, many parents simply hand them a smart phone or a tablet as a quick fix. If the said phone remains with the child, parents consider their household to remain free from the former’s mischief, and this allows them to carry out their tasks without being disturbed.

Due to this, our children are suffering from mobile phone and internet addiction. They have developed a dependency on these devices. Their impressionable, young minds are also affected by social media content.

Let us briefly discuss some of the harmful effects of social media consumption on children:

1.   According to research, even children as young as four-months old have become addicted to watching digital screens. Due to parental negligence, some children are actively engaged in looking at screens for upwards of four and a half hours daily.

2.   Children are developing deep-rooted addictions to cartoons and movies. As such, their role models are animated characters and fictional characters. Right before our eyes, our children are becoming less focused, anxious, and prone to serious mental health issues.

3.   Children are experts in using touchscreens but are becoming less creative and geared towards physical activities. They may be unaware of how to even put their shoes on properly but know exactly how to make use of smart phones.

4.   Another commonly observed side effect is that due to excessive screen time, children’s attention span and retention is decreasing.  In other words, they find it difficult to complete a task from beginning to end. They imitate and act on the frivolity, indecency, and improper conduct they view on social media instead.

5.   One of the greatest harms caused by social media is that it has blurred the lines between halal and haram. Children now find themselves unable to recognize haram and sinful things, and they hold no regard for avoiding them. Being far from Islamic teachings has ruined their innocent, tender minds.

Respected parents, raising children is a difficult and critically important task, which requires great precaution. Regarding children’s use of mobile phones, here are some key practical pointers for you. By acting on them, the harms of social media and mobile phone usage can be curtailed.

1.   If it is not possible to keep your child away from mobile phones, you can still control what they view on it. Only allow them to watch constructive content that will help them grow and learn.

2.   Fix a time for your child to use mobile phones and enforce these timings with utmost firmness.

3.   Fix times and places for physical activities so your child’s attention can be drawn away from mobile phones and social media.

4.   If you wish for your child to view things that shall affect their character positively, have them watch Madani Channel’s children’s programmes. This way, their minds and personalities are positively impacted and their desire for screen time is also fulfilled.

5.   The most fundamental point is for parents to take time out themselves and spend time with their children. The time they take out for their children cannot be replaced by anything else.

A: There is no problem in using qurbani meat for khichra which is prepared as niyaz. The khichra

A: Yes, children can perform Hajj. There is even a specific chapter in Rafiq al-Haramayn which discusses the Hajj of children. 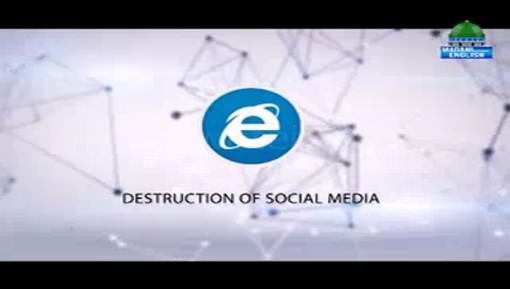