A Qadi and a judge during their lifetime often come across cases that are complicated and seem difficult to be solved. In fact, cases like these prove the capability of a judge and the level of his intellect and judicial acumen. Let’s take a look at some of the interesting and difficult decisions taken by Shayr-e-Khuda Sayyiduna Ali کَرَّمَ الـلّٰـه وَجہَەُ الْکریم and see how his decisions resolved the problems of those distressed, relieved the sufferings of those who suffered, and helped those to escape who were on trial [unjustly].

A Yemeni man sent his son on a journey and arranged a slave to go along with him. On their way, the two got into a dispute over something. On reaching Kufa, the slave claimed that the boy was his slave and that he was his master. Thus, he attempted to sell the boy.

When this case was presented to the court of Sayyiduna Ali کَرَّمَ الـلّٰـه وَجہَەُ الْکریم, he said to his servant, ‘Make two big holes in the wall of the room and then ask both of them to pass their heads through these holes.’

When they both stuck their heads out of the holes, Sayyiduna Ali کَرَّمَ الـلّٰـه وَجہَەُ الْکریم asked his servant to bring the sword of the Holy Prophet صَلَّى اللّٰهُ عَلَيْهِ وَاٰلِهٖ وَسَلَّم.

Upon hearing this, the slave immediately pulled his head back while the boy stood firmly. Thus, Sayyiduna Ali’s strategy helped to reveal ‘Who is the slave?’ (Khulafa-e-Rashideen, pp. 124)

Then he کَرَّمَ الـلّٰـه وَجہَەُ الْکریم said, ‘I have always punished the man severely whenever he happened to be a false witness.’

(Later on) When he کَرَّمَ الـلّٰـه وَجہَەُ الْکریم summoned the two witnesses, it turned out that both had run away. Therefore, he acquitted the accused. (Musannaf-e-Abi Shaybah, vol. 14, pp. 548, Raqm 29426)

How Were 17 Camels Distributed?

Once upon a time, three men came over to Sayyiduna Ali کَرَّمَ الـلّٰـه وَجہَەُ الْکریم and said: We have 17 camels. One man’s share is half (1/2) of the total camels, the second man’s share is one-third (1/3), and the third man owns one-ninth (1/9) share of all the camels. We ask you to divide the camels between us on the condition that none of the camels should be slaughtered.

Sayyiduna Ali کَرَّمَ الـلّٰـه وَجہَەُ الْکریم sent for a camel from Bait-ul-Mal, thereby making the total number of camels to be eighteen (18). He gave nine (9) camels, which is half of 18, to the first person, who owned half the share of the total camels; six (6) camels, which is one-third of 18, to the second person, who had one-third share; and two (2) camels, which is one-ninth of total camels, to the third person, who had one-ninth share of the total camels. Thus, using his good judgement, he settled a difficult case. A total of 17 camels that resulted from adding 9, 6, and 2 camels were divided among them, without having to slaughter any camel. The leftover (one) camel was sent back to Bait-ul-Mal. (Khulafa-e-Rashideen, vol. 126; summarised)

He Got One Dirham

One morning, two men were sitting for eating a meal. One of them had five (5) Rotis while the other had three (3) Rotis. In the meantime, a man passed by them. Both of them asked him to join them for the meal. All three ate those eight (8) Rotis together.

The third man, while leaving, gave them eight (8) dirhams and said, ‘This is the price of the food that I ate with you. Divide it between you.’

After that, they both began to fight over the distribution of money.

The other person said, ‘No, the money will be divided into two halves.’

He کَرَّمَ الـلّٰـه وَجہَەُ الْکریم said (as an advice) to the man who owned 3 Rotis, ‘Accept the offer of your mate since he had more Rotis than you.’

He said, ‘I will only accept what is just.’

Sayyiduna Ali کَرَّمَ الـلّٰـه وَجہَەُ الْکریم said, ‘Justice is that you take one dirham and your mate takes seven dirhams.’

He رَضِىَ اللّٰهُ عَـنْهُ said, ‘The three of you ate 24 parts of 8 Rotis. It is not known who ate less and who ate more. So assume that all ate equal number of parts (meaning everyone ate eight parts). Hence, you ate 8 out of 9 parts of your 3 Rotis with one part leftover. Your mate ate 8 out of 15 parts of his 5 Rotis, leaving 7 parts. The third man ate only one (1) part from your Rotis and seven (7) parts from those of your mate. Now as per justice, you will get one dirham and your mate will get seven (7) dirhams.’

Hearing the details, the one who had disputed had to take one dirham. (Isti’aab, vol. 3, pp. 207; summarised)

The Will of a Deceased

A man, at the time of his death, gave his friend 10 thousand rupees and made a will: Upon meeting my son, give him any amount out of it as you want.

By chance, the deceased man’s son came back from abroad after a few days.

Sayyiduna Ali کَرَّمَ الـلّٰـه وَجہَەُ الْکریم asked the man, ‘Tell me, how much would you give to the son of the deceased?’

The man said, ‘One thousand.’

Sayyiduna Ali کَرَّمَ الـلّٰـه وَجہَەُ الْکریم said, ‘Now give him nine (9) thousand, because it is 9 thousand that you want, as the deceased had made the will [asking you to] give him what you want.’ (Khulafa-e-Rashideen, pp. 125)

Sayyiduna Ali کَرَّمَ الـلّٰـه وَجہَەُ الْکریم performed the duties of Khilafah for four years, nine months, and a few days. At last, at the age of 63 years, he was martyred at the hands of a Khaarji, ‘Ibn-e-Muljim’ in Kufa, on 21st Ramadan 40 AH. (Kitab-ul-‘Aqaaid, Tareekh-e-Asakir, vol. 42, pp. 577; Kitab-ul-‘Aqaaid, pp. 45) 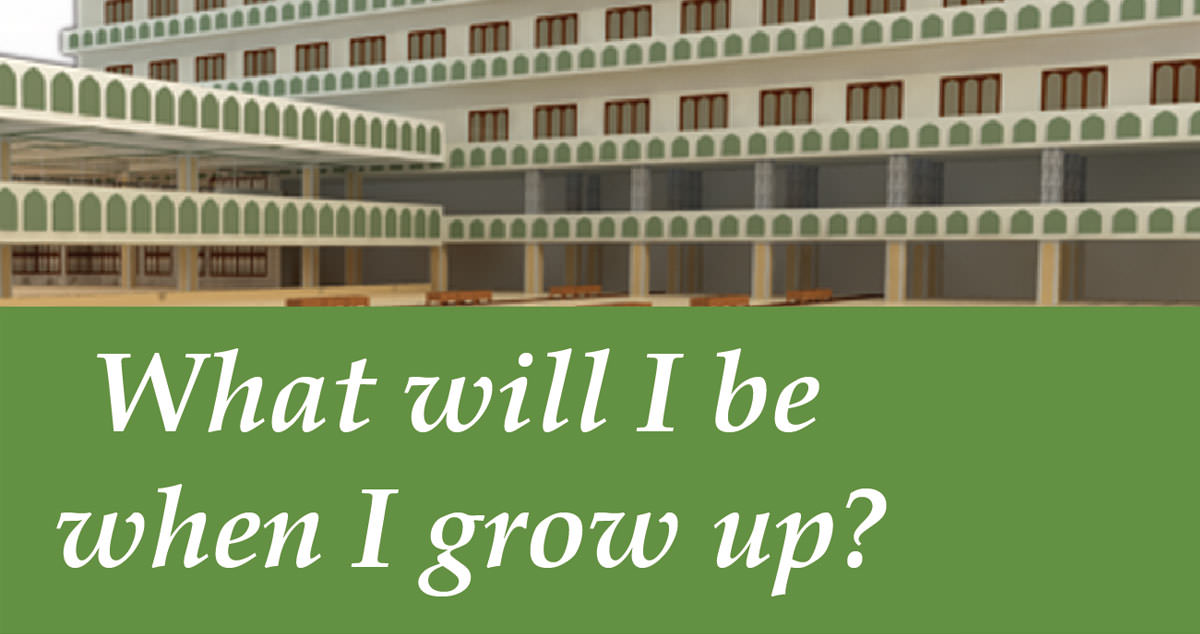 I am ’Sayyid Ahmad Raza’, my father’s name is ‘Sayyid Abdul Qaadir’. I am about 9 years old. I will grow up to be an Islamic scholar and a preacher of Dawat-e-Islami. I will spread the message of Islam. اِنْ شَــآءَالـلّٰـه (Karachi)

1.   When I grow up, I want to be an Islamic scholar and I want to serve Islam through my knowledge. I also want to please Ameer-e-Ahl-e-Sunnat. (Nabeeha Bint-e-Faisal, 10 years old, Karachi)

2.   When I grow up, I want to do Madani activities just like my mother. (Doshab, Rohri)

3.   My name is Zofshan Attariyyah. I am six years old. When I grow up, I would like to be like sister Bint-e-Attar, (i.e. I will serve Islam like her.) اِنْ شَــآءَالـلّٰـه, (Nawab Shah)

5.   My name is Daniah Fatimah. I am 9 years old. When I grow up, I will be an Islamic scholar. I will teach Madani Qa’idah and the Holy Quran. (Birmingham, UK) 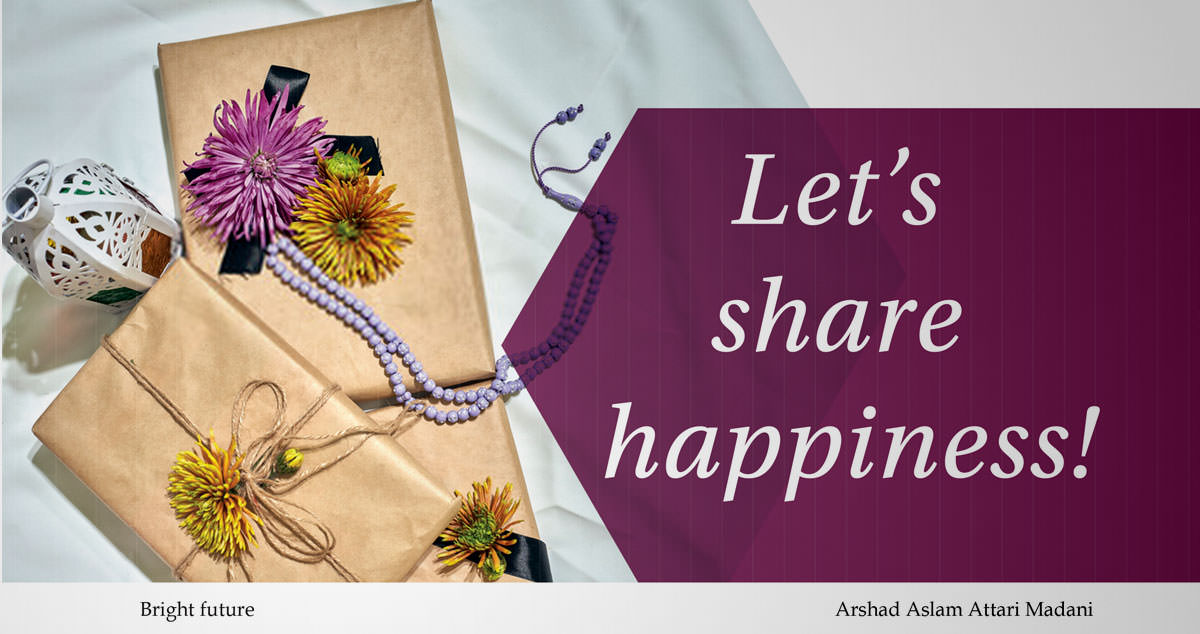 Upon seeing Huzaifah, Hanzalah asked him, inquiring about his health: How are you Huzaifah?

Hanzalah:  I have not seen you for a couple of days. You must have gone somewhere because you were not present in the Masjid for Taraweeh Salah either.

Huzaifah: Yes! I went to my uncle’s house. I think I told you that I would go shopping with my uncle and cousin.

Hanzalah: Oh, yes, I remember!  You had mentioned about your visit to your uncle.

Huzaifah: Well! Come on! I show you my shopping items.

Hanzalah: Why not! You have spoken to my heart. How many suits have you bought for Eid?

Huzaifah: Obviously! There should be three suits at least.

Hanzalah: Mom! I have to buy three suits this time because Huzaifah has already bought three suits.

Hanzalah’s mother: Well, a couple of days back, you were telling me about one of your friends, ‘Sharib’. Has he done his shopping?

Hanzalah: No he didn’t. Mom! You know that he belongs to a very poor family, and his father has also passed away. So, they hardly make both ends meet, let alone doing Eid shopping?

Hanzalah’s mother: My son! The month of Ramadan makes us feel others’ sorrows and pains. This is not fair that you are dressed in new clothes on the day of Eid, whereas your friend is dressed in the same old clothes.

Hanzalah: Mom!  Now tell me what should I do?

Hanzalah’s mother: Look my son! Eid reminds us to be compassionate and concerned about the well-being of those around us. You may share the joys and happiness of Eid with them by helping them. You can do it easily by cutting short your shopping and buying at least one suit and some other Eid items for your friend ‘Sharib’ too.

Next day Hanzalah went shopping with his mother and bought Eid items acting upon the excellent suggestion of her mother. Now he was deeply curious about sharing the shopping items with Sharib.

In the evening, Hanzalah went out and returned with Sharib. After a while, Hanzalah unpacked his shopping stuff in front of him.

Seeing a lot of impressive and lovely Eid stuff, Sharib said: Hanzalah, Eid is for you indeed. You would look great after wearing such nice clothes.

Hanzalah: Same words are for you.

Sharib: What does it mean, Hanzalah?

Hanzalah: My mother and I have bought these things as an Eid present for you.

Hanzalah’s words surprised Sharib and he unbelievably asked: Did you really buy all these stuff for me?

Putting his hand on Sharib’s shoulder, Hanzalah said with a smile: Yes brother! All these gifts are for you including this wrist watch, and he moved another gift pack towards him.

Sharib received the wrist watch too expressing his heartfelt gratitude. On the other side, Hanzalah gained immense satisfaction and bliss because it was the first ever experience of his life that he learnt the real meaning of sharing joys and happiness.

Eid-ul-Adha was about to come. People were bringing animals for Qurbani (sacrifice). Hasan had also been asking Mr. Dawood for many
Read Article 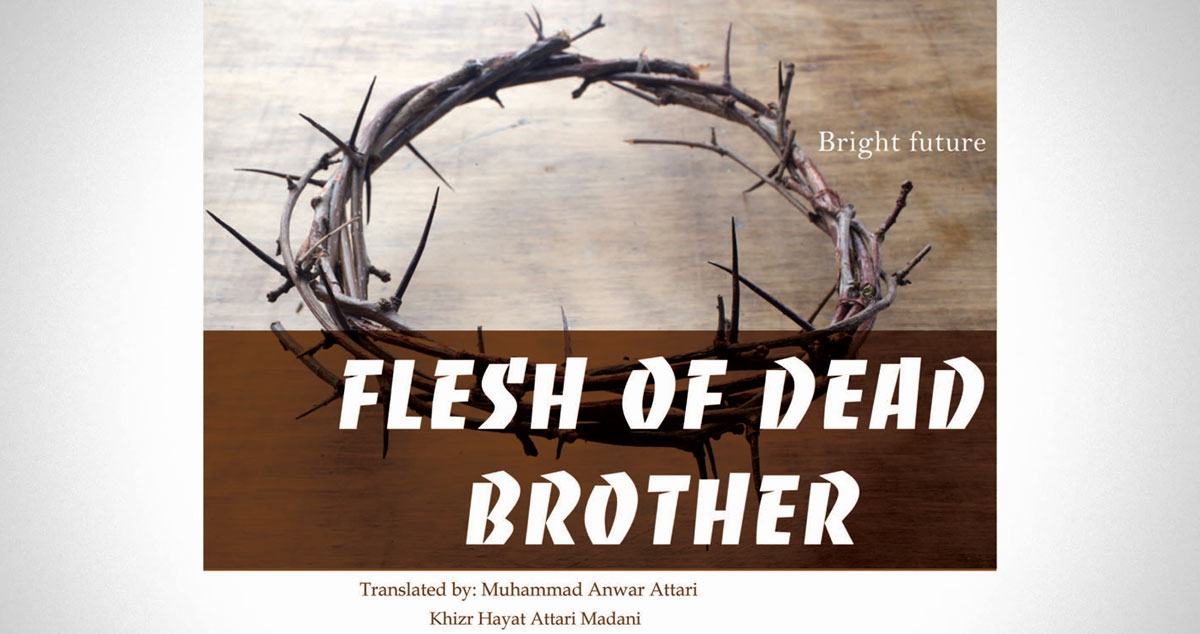